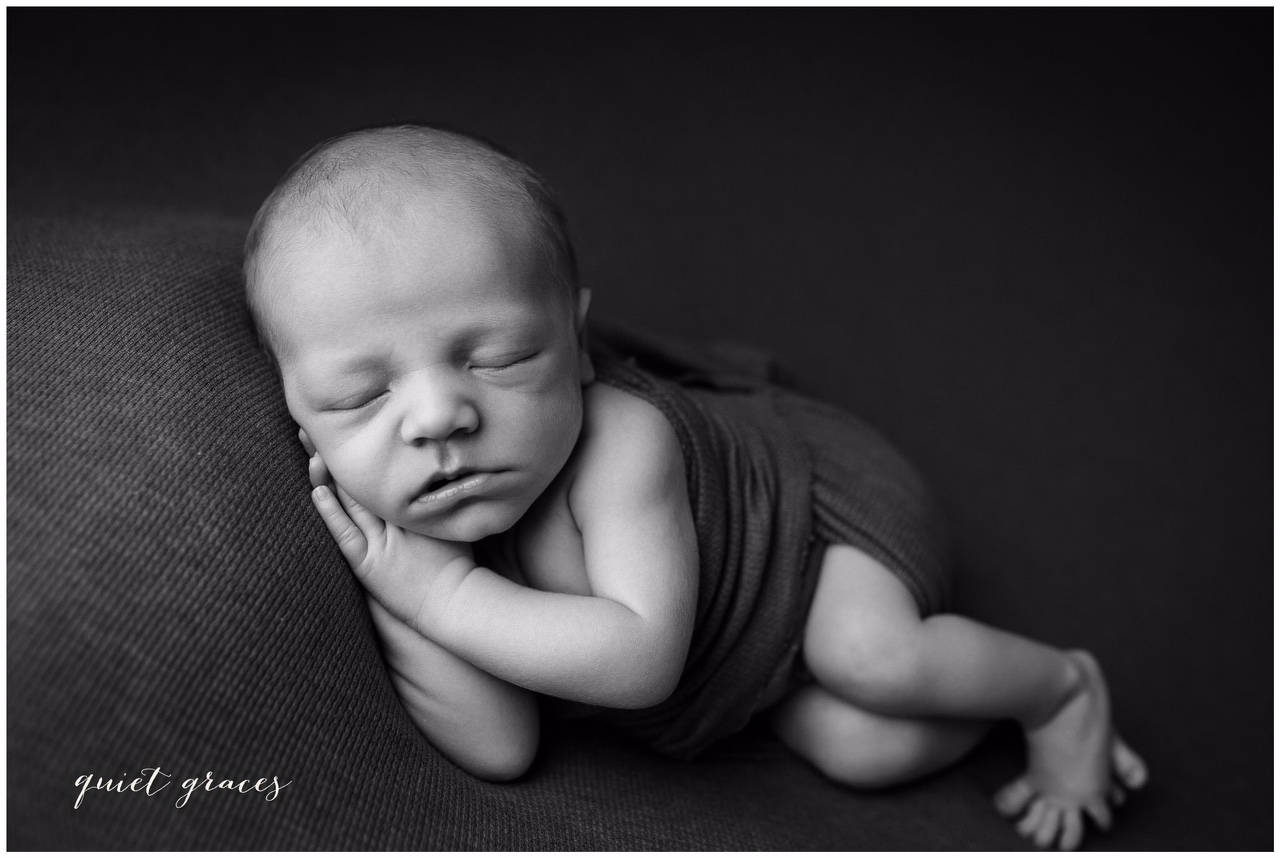 Being a first time mom, I was expecting a pretty normal birth.  Throughout my pregnancy I remained very active and followed all the rules.  I tried to eat right, worked out at least 5 days a week. drank a ton of water (like 100 oz a day!) and rested when my body needed it.  Well, expectations were very far from reality in this case!

So it all began on Saturday morning, well, actually Friday night.  I got home from work Friday evening and it was a beautiful day so my husband and I decided to take our 3 Siberian Huskies for a walk.  I was feeling really good so we ended up walking about 2.5 miles, which is almost double what we normally did.  Figured this would help get my body ready as I was exactly 39 weeks.  Went home, had dinner, enjoyed a bit of TV with the hubby then got settled in to bed.  A couple hours later I was awoken by some sharp pains in my back.  They passed quickly so I didn’t think much of it and went back to sleep.  Woke up in the morning and started feeling the pain again so I called my best friend Lindsay who is also a mom of 3 who said that what I was experiencing sounded like contractions.  Me being the eternal optimist that i am, figured it was Braxton-Hicks and went about my day.

I don’t know about you but when I was pregnant, I was constantly in nesting mode!  And for me, that mainly included shopping for the nursery 🙂  I was obsessed with Pinterest so every time I found a picture that I liked, I would try to recreate it in his room.  Pretty sure I changed the decor at least 50 times before I settled on the final pieces (well, final for a few months).  Sorry, I was telling you about the Saturday before Wyatt was born (thinking this mom brain is here for good LOL).  Even though I was feeling contractions, they weren’t consistent and were pretty far apart so figured no big deal and went to do a little shopping.  About half way through Hobby Lobby the pain started to get a little stronger.  Strong enough that I decided I should probably go home a rest for a bit.

When I got home I filled my husband in on my day and may have hinted that I could be in labor.  He seemed to take this much more seriously than me so at his request, I called my OB’s 24 hour phone line.  After speaking with a nurse, she informed me that I could be in labor but it could also be Braxton-Hicks so to monitor my contractions.  It was around 4pm by this time so I decided to lay down on the couch and try to get some rest.

Fast forward to 3 am Sunday morning.  I have gotten no sleep as the only thing I can focus on is timing my contractions via this handy dandy contraction app.  App tells me that it’s time to go to the hospital so I wake hubby up and off we go.  Arrive to the hospital, go to the correct entrance and am quickly taken to a room right behind the check in window.  They hook me up to more machines than I have ever seen and start monitoring me.  The doctor comes in, checks me, and tells me I’m at 4 cm but my contractions are pretty irregular right now so I probably still have some time.  She does a membrane sweep and asks that I walk around the floor for a bit to see if it will help things progress.  An hour of walking unfortunately does nothing so they give me some Tylenol and send me home.

Sunday was a very long day consisting of laying on the couch in the fetal position (or as close as i could get with my big belly) feeling contractions all day!  Every time one would come, I would stand up and sway my hips back and forth.  Not sure if it actually helped but it gave me something to focus on other than the pain so that was good.  At about 7pm I decided that the pain was too much and we were going back to the hospital.  This time I was 5 cm but they felt like I wasn’t progressing enough so decided to send me home again.  Thankfully this time they game me something for the pain that would also help me sleep.

We arrive home and my hubby got me all set up in bed.  The nurse at the hospital said she had a feeling she would be seeing me again soon so recommended that I put some towels down in the bed just in case my water broke.  So we covered the bed in towels and I jumped in looking forward to finally getting some sleep!  My husband barely made downstairs before I yelled to him that my water broke and we needed to go back to the hospital!  For those of you wondering, I could definitely tell that it happened.  It felt like a small water balloon burst between my legs.

We arrived back at the hospital and they immediately admitted me this time so I knew it was really happening.  This time I was taken to a much larger room and was told that I would need to start pushing very soon.  It was about 11 pm when I made it back to the hospital and for the next 3-4 hours I pushed.  I had an epidural soon after I arrived so I couldn’t really feel much below my waist.  The nurse was great at instructing me how to push so I would do it for 15-20 minutes, then get a 15 minute nap and start all over.  The doctor came in and advised that while Wyatt’s head was in the birth canal, he could push it back up so something was stopping him.  After some back and forth, he let me know that a C-Section was going to be the best course of action.  Reluctantly I agreed and they wheeled me back.

I was pretty scared that I was going to feel being cut open but I definitely did not.  It was a very quick procedure and in less than 30 minutes I was happily holding my new bundle of joy!  We got to do skin to skin contact right away which made me very happy and then dad went with little man to get cleaned up, weighed, and measured.  They moved me into the recovery room and brought Wyatt in almost immediately.

The love I felt the first time I held him was like nothing I had ever felt before.  I definitely did not love being pregnant so was a little nervous about how our first meeting would go but there was something so natural about it.  The feeling of finding something you didn’t know you lost but can’t imagine living without.  He latched on almost immediately and hasn’t let go since LOL. 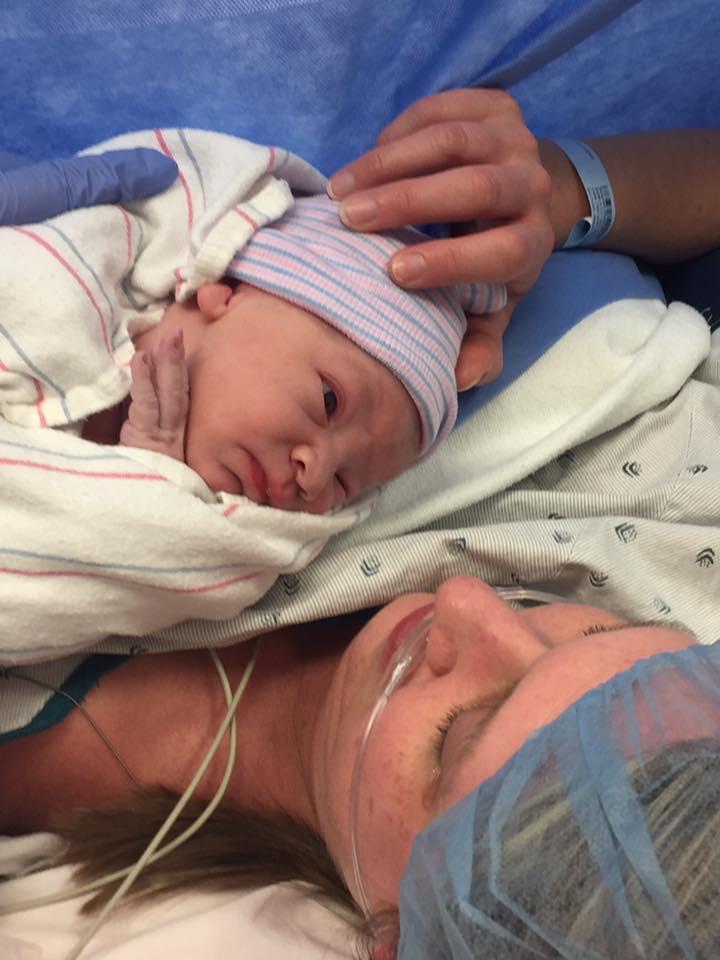 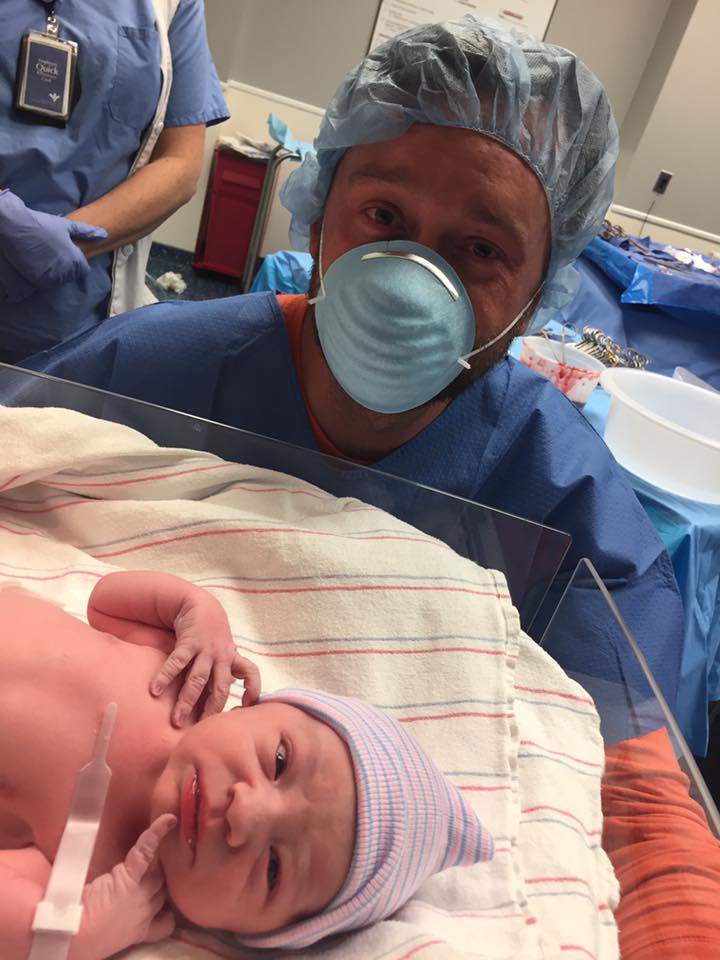 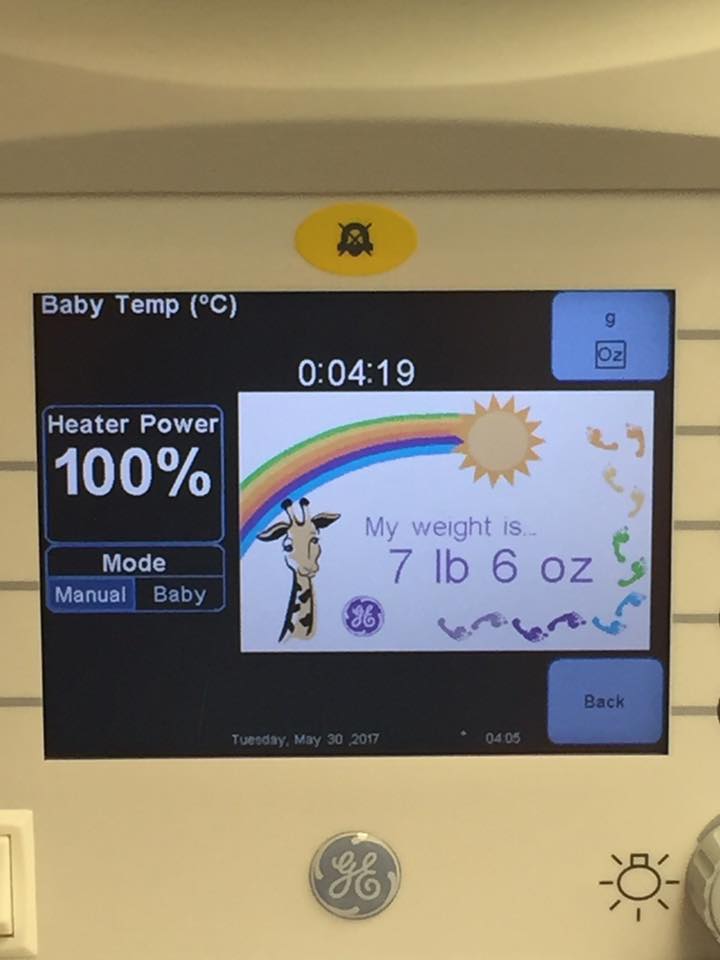